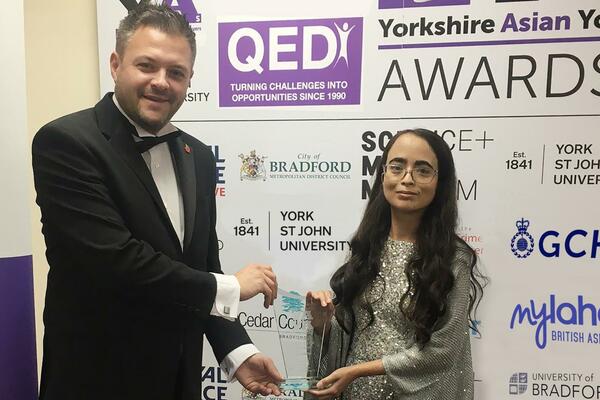 NHS worker Huma Malik has been named as this year’s Yorkshire Asian Young Achiever of the Year.
4 Nov 2021 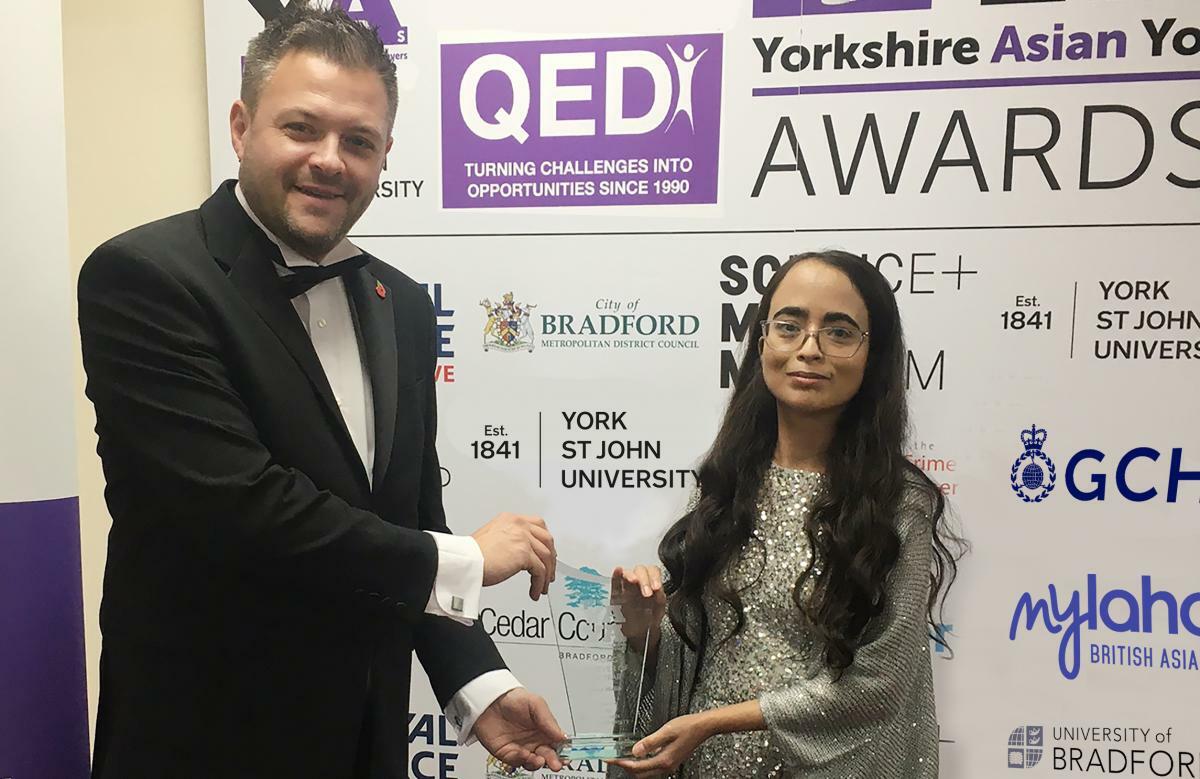 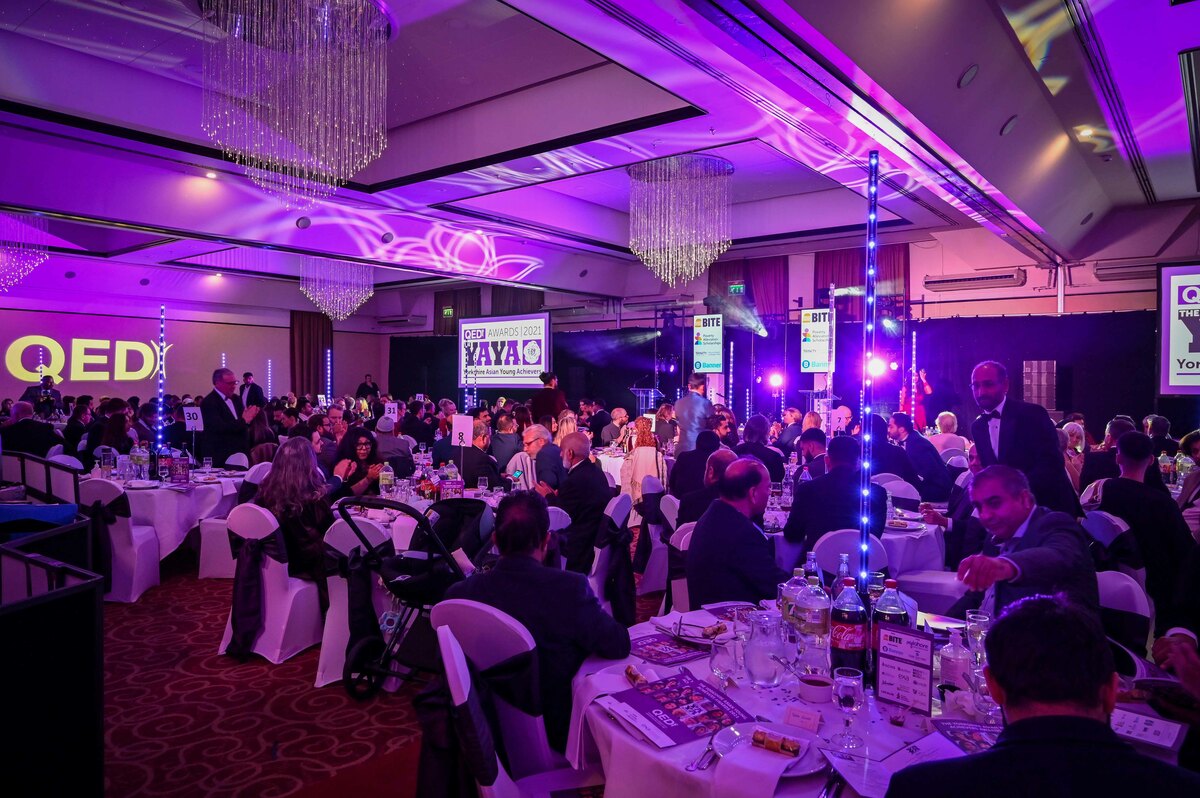 NHS worker Huma Malik, who volunteered during the pandemic despite her own serious long-term health problems, has been named as this year’s Yorkshire Asian Young Achiever of the Year.

The 27-year-old, who lives in Bradford and is employed by NHS Leeds CCG as an Engagement Officer, was one of 11 winners at the awards, dubbed “The YAYAs,” which were announced before an audience of more than 300 guests at the Cedar Court Hotel, Bradford, and broadcast live on the internet.

Huma, who is of Pakistani descent, won the Achievement in the Public Sector category, sponsored by Leeds City Council, and was the overall winner of the Yorkshire Asian Young Achiever of the Year 2021 title, sponsored by York St John University.

Huma’s role as an engagement officer involves reaching out to communities to help improve health outcomes, and she is also a long-standing volunteer for NHS Bradford’s People’s Board.

Huma supported young carers as a volunteer and, during the pandemic, volunteered virtually with Leaders Unlocked. She is a trained WRAP facilitator and has also worked with Barnardo’s in Bradford.

Her health problems and the pandemic meant she was unable to attend the awards in person, but she received her award from Rob Hickey, chief operating officer of main sponsors York St John University, shortly before the event.

In a brief video played to the audience, she said: “I’m sorry I can’t be there in person due to the pandemic and my extra vulnerabilities, but I’d like to thank York St John University for sponsoring this award, and to thank QED for giving young people a platform. Thank you very much for this honour.”

Huma was one of four category winners from Bradford.

Actor Aqib Khan - who is of Pakistani heritage and played Sajid in West is West and is currently in the BBC One Comedy Ladhood - won the Arts & Creative category.

Jasmin Akter, 20, who was born in a refugee camp in Bangladesh and is of the Rohingya ethnic group, won the Sport category and Badr Basharat, of Pakistani descent, won the Education category.

There were also two Keighley winners among the 11 category winners: Sabreen Ahsan, 29, won the Young Entrepreneur award, and Jagjit Singh Jaggar, 26, win the Achievement in the Private Sector category.

The awards, launched in 2020, were presented at a live event for the first time this year after the inaugural awards dinner had to cancelled due to the first Covid-19 lockdown, and was staged as an online event last November.

They were hosted by BBC TV and Radio presenter and stand-up comedian Noreen Khan, and the keynote speaker was Professor Akbar Ahmed, chair of Islamic Studies at American University in Washington DC and former Pakistani High Commissioner to the UK.

Dr Mohammed Ali OBE, founder and chief executive of QED Foundation, which conceived and organises the YAYAs, said there had been another amazing raft of entries from across the county this year, stretching from Keighley to Rotherham to York.

He told the audience: “Changes to equality legislation mean it is more difficult to openly discriminate against people on the basis of their faith or ethnicity, and a diverse population is increasingly seen as a social and economic asset to the United Kingdom.

“But we must not let these advances blind us to the fact that it is much more difficult to succeed in many areas of life if you are not white.

“As the award winners today will know only too well, their race – and their northern backgrounds – make it more difficult to achieve in many professions.

“We hope this event will leave people feeling inspired and uplifted by the dedication, commitment and talent of the award winners whose stories we heard. But most of all we want other young people to follow their examples, aim high and know that with hard work and determination, anything is possible.”

The YAYAs are aimed at socially mobile young achievers who have overcome deprivation and disadvantage or have broken through traditional barriers to progress, and have the potential to be role models who can inspire others.

Announcing the overall winner, Professor Karen Bryan, Vice-Chancellor of YSJ, said: “York St John University is very proud to be the main sponsor of these awards which resonate so much with our values.

“The young people here this evening have overcome many challenges, family issues, cultural expectations, disabilities and mental health challenges, financial issues, gender or ethnicity challenges, or in many cases a combination of all of these.

“This is a difficult, uncertain time for the world. We need inspiring young people to stand up, stand out and make things better. You are that inspiration, you are the future. Congratulations to you all.” 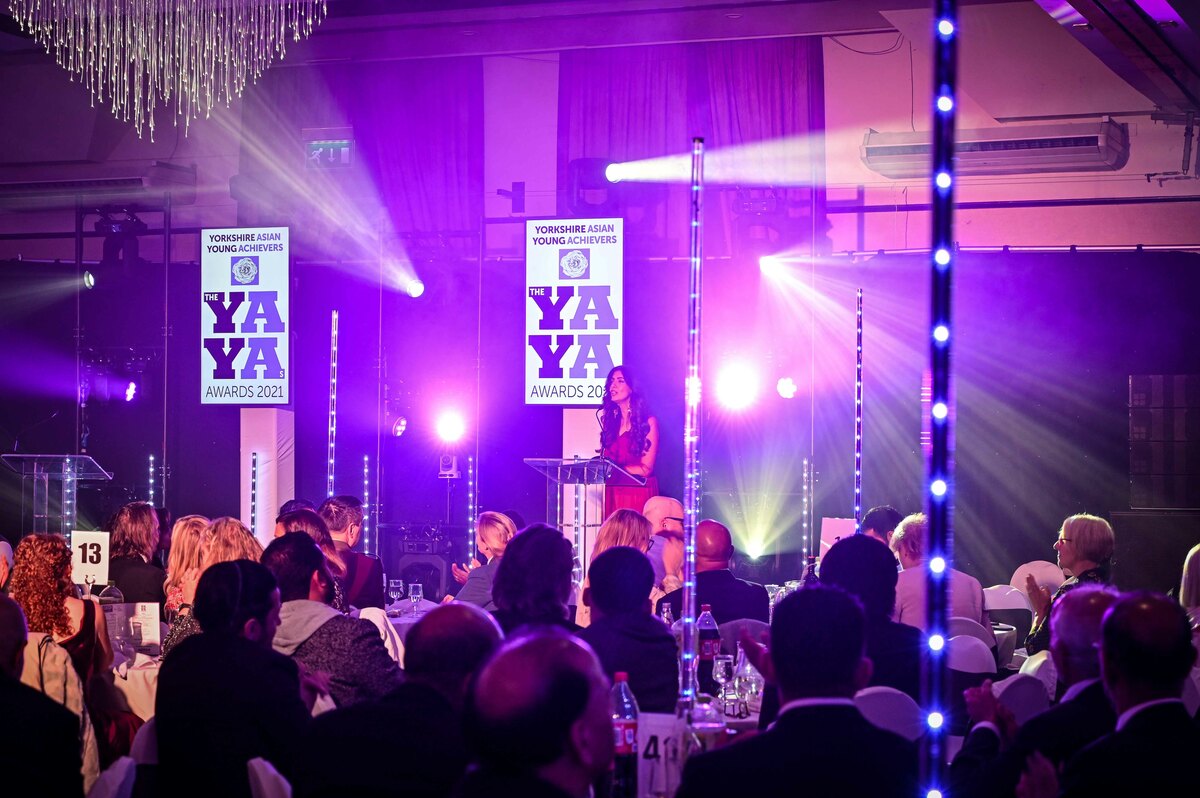