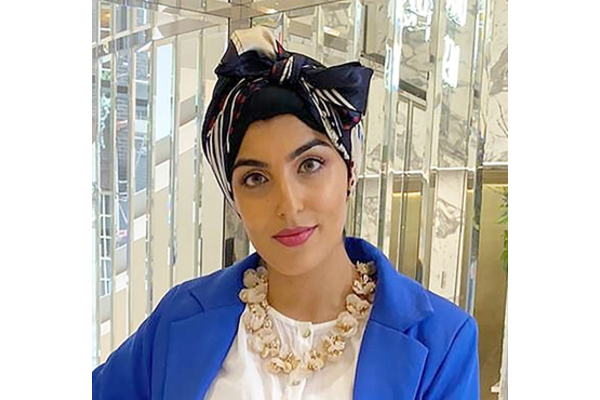 One of the winners of last year’s Young Asian Achievers Awards (YAYAs) has urged those eligible to get their entries in for this year’s awards.
30 Jul 2021

One of the winners of last year’s Young Asian Achievers Awards (YAYAs) has urged those eligible to get their entries in for this year’s awards.

Romana Shah was named as the winner of the Media Achievement award at a virtual ceremony last year.

And she says the award opened up lots of opportunities for her – and it also highlighted how people from a South Asian background can overcome barriers and achieve whatever they wanted.

The entry deadline has now been extended until Monday July 31 for the YAYAs, which celebrates the achievements of young people of South Asian heritage who were born or live and work in Yorkshire.

The awards are organised by the Bradford-based QED Foundation, a registered charity which exists to improve the social and economic position of disadvantaged communities in partnership with public, private and civil society organisations, along with their headline partners, York St John University.

Romana, who works in public relations for Fieldhouse Associates in London, is from a traditional Pakistani family in Sheffield.
Raised by her single mother, Romana worked hard to gain a First-Class degree in English Literature, and followed this on with a Masters in PR.

She said of her win: “I was really grateful and over the moon when I found out I'd won. I spend a lot of my time putting my clients up for awards, so when I put myself up for it, I would be up against some really strong contenders.

"The bar was very high. I was very grateful. For me, it was kind of a testament to all the hard work I’ve put in.

"It’s opened up a lot of opportunities for me, with people like QED, the judges, and others involved, helping me expand my network.”

She said the awards helped to show what can be achieved and demonstrated how young people from any background can overcome the obstacles in their way.

"They highlight what people in the South Asian community can achieve, how they can break barriers, and that is something that it is really important to show young people coming through now,” Romana said.

"For example, my industry of PR and communications is not an obvious choice for people of my heritage, and me winning this award and being able to share my story demonstrates that it is an avenue that is open to them.

“I would truly urge people who are eligible to apply. If nothing else, the process itself will show you how much you have achieved.

“It’s great for your confidence, even if you don’t win. And if you do get shortlisted, it will open up so many opportunities for you.”

It will be hosted by comedian and radio personality Noreen Khan.

Details of how to enter the YAYAs can be found at: theyayas.org.uk. The closing date for nominations is Saturday, July 31, 2021.