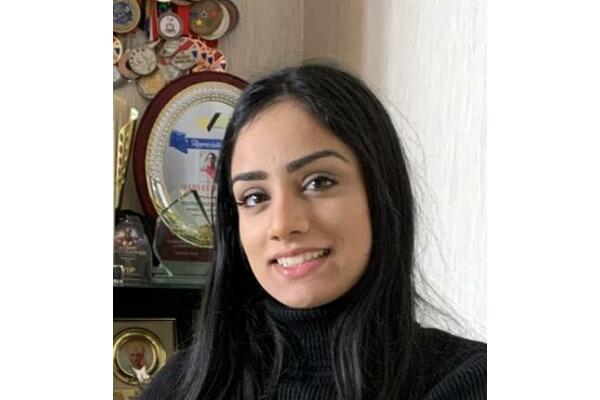 ONE of the top young Asian sportswomen in Yorkshire has called on people to get their entries in quickly for a prestigious awards event.
28 Jul 2021

With Team GB stacking up the medals at the Tokyo Olympics, Harleen Kaur says it is more important than ever that role models from the South Asian community become more visible.

Harleen won the Sporting Achievement category in last year’s Yorkshire Asian Young Achievers (YAYA) Awards and has been asked to join the judging panel for this year’s event.

With the deadline for entries just days away, Harleen, who was the first Asian female to represent Team England at kickboxing, urged anyone who was eligible to enter this year’s YAYAs.

Entries are open until July 31 for the awards, which celebrate the achievements of young people of South Asian heritage who were born in Yorkshire, including those who have now moved away, or live and work in the region.

Aimed at socially-mobile young achievers who have overcome deprivation and disadvantage or have broken through traditional barriers to progress, the awards attracted scores of entries in their very first year, despite the difficulties created by the pandemic.

The YAYAs are organised by the Bradford-based QED Foundation, a registered charity which exists to improve the social and economic position of disadvantaged communities in partnership with public, private and civil society organisations, along with their headline partners, York St John University.

Harleen, 22, became interested in martial arts at the age of eight when she started karate, winning the national championships in 2013 and 2014. She took up kickboxing in 2015, winning the British Championships and representing Team England at the World Championships where she won silver.

She has now switched sports to Taekwondo, training and coaching with Horizon Taekwondo Academy GBR.

She has spent the last four summers volunteering for a charity which runs a sports development camp in Punjab.

She said of her YAYA success: "It was a real honour to win this award last year. The QED Foundation is doing amazing work helping the disadvantaged communities out there, providing opportunities to people who need it the most, and these awards are a vital part of that work.

"I dedicated my award to all young girls out there who have dreams who want to go on to break boundaries, and I want to send the message to them to just keep going, keep doing you. There’s no limit to what your potential is. You can do whatever you want if you put your mind to it.

"Karate and kickboxing are not traditionally sports taken up by young people from South Asian backgrounds, particularly females," she said.

"If you are eligible and meet the criteria, please put yourself forward. There's still time. It's so important that young South Asians see what they can achieve, and the YAYAs really do highlight those achievements.

"I'm so proud to have won and be able to show young people that they can succeed in sport, or in any area they want to. Don't miss out on the chance to do the same.”

It will be hosted by comedian and radio personality Noreen Khan.

Details of how to enter the YAYAs can be found at: theyayas.org.uk or via: qed-uk.org. The closing date for nominations is Saturday, July 31, 2021.