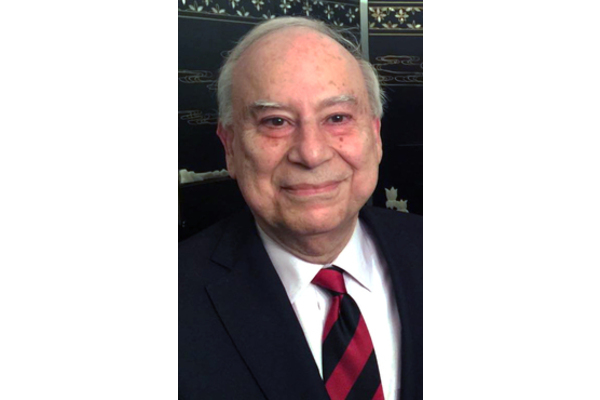 The keynote speaker at this year’s Yorkshire Asian Young Achievers Awards (the YAYAs) will be an academic widely regarded as one of the leading global authorities on contemporary Islam.

Professor Akbar Ahmed PHD is the Ibn Khaldun Chair of Islamic Studies at American University in Washington DC and the former Pakistani High Commissioner to the UK and Ireland.
The BBC has described him as “the world’s leading authority on contemporary Islam” and the Saudi Gazette said he is “perhaps the most influential living authority on contemporary Muslim societies”.

Prof Ahmed will be speaking at the prestigious gala awards presentation night – Covid restrictions permitting – which is due to take place at Bradford’s Cedar Court Hotel, with catering by My Lahore, on November 4 to celebrate the nominees and winners in this year’s awards.

He says he is travelling from the United States to speak at the YAYAs because he believes it is a very important event, describing it as a “brilliant initiative”.

Entries are open now until July 19th for the inspirational awards scheme which celebrates the achievements of young people of South Asian heritage who were born or live and work in in Yorkshire.

After restrictions led to a virtual event last year, this year is set to have a real celebration with the gala night.

Dr Mohammed Ali OBE, founder and Chief Executive of QED, will be joining keynote speaker Prof Ahmed as a speaker at the event.

Dr Ali said: “We are delighted to have managed to secure such a prestigious figure. It is wonderful that Prof Ahmed has agreed to join us.”

Prof Ahmed said: “I believe the event is of great cultural and social significance. I have spent a great deal of my life in the UK and remain an Anglophile.

“I know that an event like this will not only underline the identity of South Asians giving them pride but also bring them positive recognition in larger society. It will foster a sense of worthiness in the young generation.
“They will be able to say, I am a proud South Asian and I am a proud British citizen.
“I am looking forward to the amazing stories of these young role models and I will be thinking of the time I first arrived in the UK 60 years ago and the dramatic distances that South Asians have travelled from that time to now in every field of human endeavour.
“I congratulate the organizers, and especially my friend Dr Mohammed Ali for this brilliant initiative.  It will be a much-needed ray of sunshine during these gloomy days of the pandemic.”

Prof Ahmed is a member of the Washington Muslim-Jewish Advisory Council. He also serves as a trustee for the World Faiths Development Dialogue, chaired by Lord George Carey, the former Archbishop of Canterbury, and is a member of the International Advisory Board for The Senator George J. Mitchell Institute for Global Peace, Security and Justice at The Queen’s University of Belfast.

He has served as a Non-resident Senior Fellow at the Brookings Institution, the First Distinguished Chair of Middle East and Islamic Studies at the U.S Naval Academy in Annapolis, MD, and the Iqbal Fellow (Chair of Pakistan Studies) and Fellow of Selwyn College at the University of Cambridge. He has taught as well at Harvard and Princeton Universities.
Prof Ahmed has also produced a number of noteworthy films and authored more than a dozen award-winning books. A poet and noted playwright, his poems were broadcast from the Library of Congress in “The Poet and the Poem” podcast series.

He regularly writes for several popular news publications around the globe, including a weekly column in the Daily Times, a leading English-language Pakistani newspaper.

Details of how to enter the YAYAs can be found at: theyayas.org.uk.