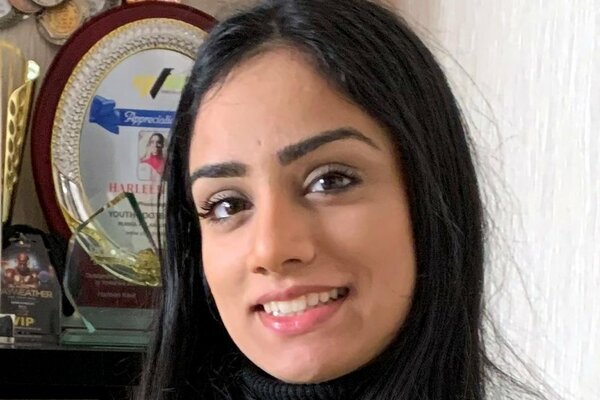 An awards scheme celebrating the achievements of young Asian people in Yorkshire has launched for its second year.
23 Jun 2021

The YAYAs are open to any young person of South Asian heritage who was born in, or lives and works in Yorkshire.

The awards are aimed at socially-mobile young achievers who have overcome deprivation and disadvantage or broken through traditional barriers to progress.

They look to recognise success and achievement for people who can inspire others and be role models to young people.

After restrictions led to a virtual first event last year, a gala awards night is due to take place this year at the Cedar Court Hotel on November 4.

There were a number of entries from Leeds last year, including winner Harleen Kaur.

Harleen is of Indian background and a student at Leeds Beckett University.

She lives in Bradford and excels at both karate and kickboxing.

In her spare time, she volunteers for a charity in India.

After receiving the award, Harleen said: "I’d like to thank the QED Foundation and congratulate them on the amazing work they are doing in the disadvantaged communities out there, providing opportunities to people who need it the most.

"I’d like to dedicate the award to all young girls out there who have dreams who want to go on to break boundaries, I’d just like to say keep going, keep doing you. There’s no limit to what your potential is. You can do whatever you want if you put your mind to it."

The YAYAs are organised by the Bradford-based QED foundation which is a registered charity existing to improve the social and economic position of disadvantaged communities in partnership with public, private and civil society organisations, along with headline partners, York St John University.

Dr Mohammed Ali OBE, chief executive of QED, said: “Yorkshire has more than 600,000 BME residents, the vast majority of whom are of South Asian origin. And they continue to struggle to overcome disadvantages in making their way in the world, whether that is in education, employment or social mobility generally.

“We know there are many dynamic, hard-working young people achieving great things across the whole county and these awards are intended to celebrate their achievements and efforts.

“The standard of entries last year was truly remarkable. We had humbling and life-affirming stories of people overcoming the odds to carve their way in life and we feel enormously proud of all those who entered. They were all truly inspirational.”

“In each area, we’re looking for beacons of success and achievement who can inspire others and be the role models that the young people who follow them can aspire to become and even overshadow.”

“These awards highlight examples of personal endeavour, selfless determination and breaking barriers; qualities which we value and look to replicate in what we do.

“We saw some exceptional examples of these qualities in the entries for the first year, which was a tremendous success. We look forward to seeing many more inspirational entries this year.”

The overall winner in the first YAYAs was Mohammed Ali Hussein, who overcame a very difficult childhood and chaotic home life to become a mentor, supporter and champion for young people in care.

The keynote speaker at this year’s event will be Professor Akbar Ahmed, a former Pakistani High Commissioner to the UK, and an author, poet, playwright, and filmmaker.

He is Professor of International Relations and currently holds the Ibn Khaldun Chair of Islamic Studies at the American University of Washington DC.

Details of how to enter the YAYAs can be found here and the closing date for nominations is Monday, July 19.