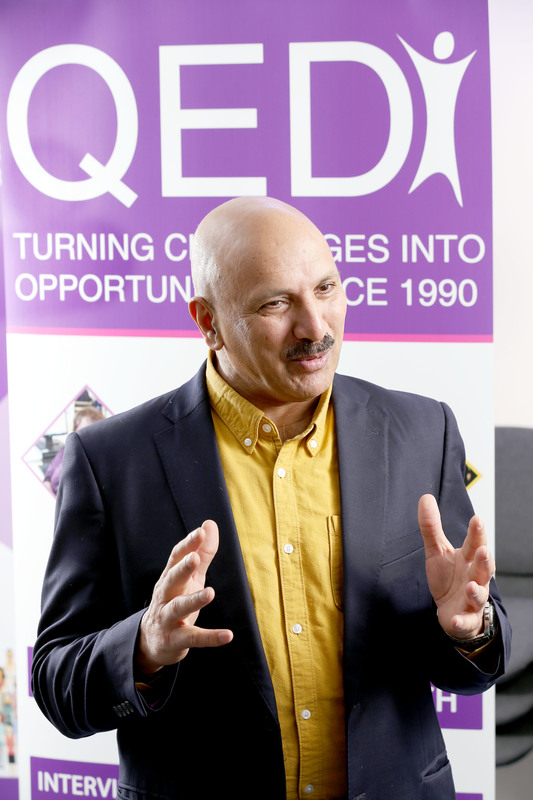 Leading charity QED Foundation is urging the Confederation of British Industry to set strict targets for businesses to ensure that talented staff of all ethnicities have the opportunity to fulfil their potential.

New CBI president Lord Karan Bilmoria has called for senior leadership positions to be opened up to people from a wide range of backgrounds.

‘We are pleased that the Change the Race Ratio campaign is asking the largest 350 UK companies by value to commit to employing at least one director or board member who is from an ethnic minority,’ says QED Foundation chief executive Dr Mohammed Ali OBE. ‘However, we would also like the CBI to introduce specific targets to encourage businesses of all sizes to remove obstacles to progress for people of all races at every level.

‘Diverse and inclusive organisations benefit enormously from being able to draw on a wealth of skills, talents and experience. This increases their productivity and profitability and helps them to meet the needs of all their customers.

‘However, it is not enough to simply ensure that all senior posts are not filled by white people. We would like to see staff from a wide range of ethnic backgrounds progressing to these levels, including those groups that are currently most under-represented such as Pakistanis and African-Caribbeans. And with disproportionate numbers of people from these groups employed in areas such as healthcare, it is just as important that public and voluntary sector employers create open and inclusive working environments.’

In 2017 Race in the Workplace: the McGregor-Smith Review concluded that if BME talent were fully utilised, the economy would receive a £24 billion boost. A 2020 update on the Parker Review into business leadership found that nearly three out of five of the largest 350 UK companies surveyed still did not have at least one director of colour on their boards. None of the UK’s top NHS trusts, banks and financial institutions is headed by a chief executive officer from an ethnic minority.

QED Foundation has trained over 1,000 directors and senior managers of large public and private sector organisations to recruit, retain and reward BAME employees and engage with their communities. It has also helped 350 small and medium-sized companies in England and Wales to audit their ethnicity profiles and devise practical solutions to address the underrepresentation of minority groups. Other initiatives have encouraged young men and women to aspire to succeed in a wide range of career paths, including those not traditionally followed by people from their ethnic background.

QED Foundation has been improving the social and economic position of disadvantaged communities in partnership with the public, private and voluntary sectors since 1990. Its main focus is to enable and support mainstream organisations to work more effectively with ethnic minority groups. It also delivers education, training, employment and health services direct to communities.