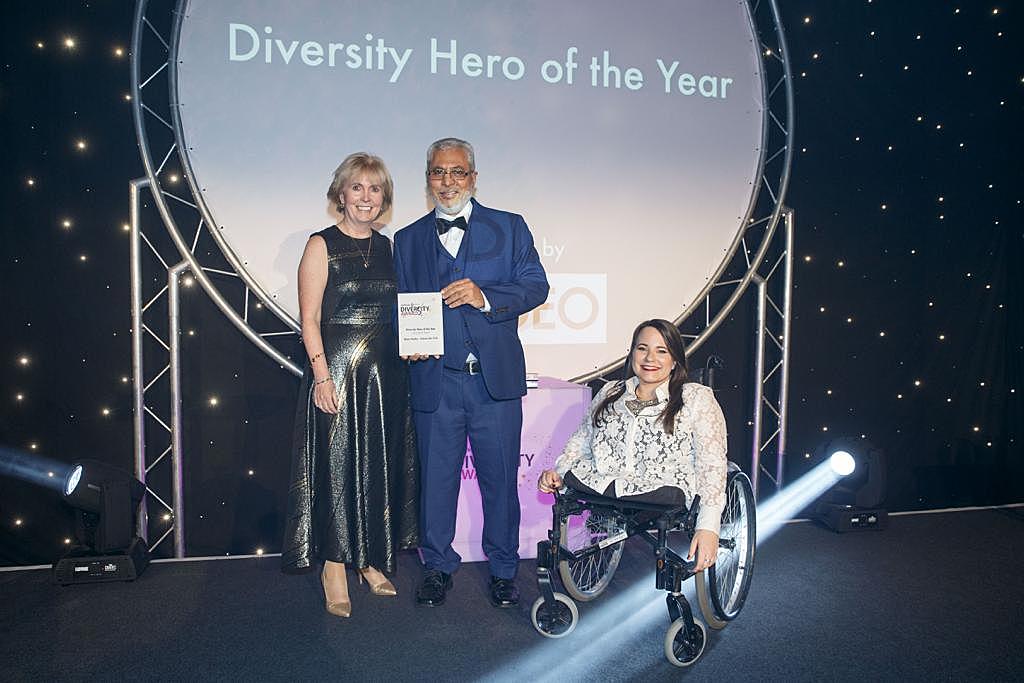 ONE OF the leading figures in the Network of Pakistani Organisations (NPO) has been named Diversity Hero of the Year.
Skip to main content


ONE OF the leading figures in the Network of Pakistani Organisations (NPO) has been named Diversity Hero of the Year.

Raza Sadiq, the NPO’s chairman in Scotland, received the prestigious accolade at The Herald and GenAnalytics Diversity Awards 2019, held in Glasgow.

The Awards recognise companies and organisations, individuals, third sector organisations and community groups who are demonstrating a strong commitment to, and track record of achievement in, ensuring that everyone in our society has the opportunity to fulfil their ambitions, aspirations and potential.
Raza Sadiq is chairman of the Active Life Club in Glasgow, which has used diverse sports as a medium to break through both individual and societal barriers, bringing communities and service providers together in making a positive impact and finding common solutions.

He said: “This award was very emotional for me because it’s the area I have been trying to tackle for over 20 years. Being among those who have suffered challenges and inequalities and those who have worked to tackle them made me feel very honoured.

“Inequality is a lifetime challenge and this award is recognition for all the hard work and it gives me and others encouragement to go on fighting and challenging on behalf of those who are not able to themselves.”

The ALC – which was also a Runner-Up in the Diversity in Sport category – makes a positive contribution through partnerships, sharing good practice and mutual learning at local and national levels, helping young people to take ownership and become active citizens.

Mr Sadiq has been committed to fostering better community relations for over two decades. He has dedicated unlimited hours through volunteering and paid employment. He has used community development models to inspire others to become equality champions, acting as change makers and advocates in promoting fairness for all.

And he has used sports as a medium to bring change, developing young minds to learn respect and tolerance towards others and making positive contributions in developing policies for an inclusive society.

The NPO was established by the Bradford-based QED Foundation charity to help the hundreds of Pakistani-led, grassroots voluntary groups working to overcome the challenges faced by some of the UK’s most disadvantaged communities to work together and share resources.

Its inaugural conference will take place at the Aga Khan University in London on November 28, when more than 100 organisations will be represented.

Dr Mohammed Ali OBE, Chief Executive of QED, said: “I’d like to congratulate Raza Sadiq on this very well-deserved award. He has made, and continues to make, a fantastic contribution to diversity in Scotland and is an inspirational role model for others.

“We’re proud of his achievement and proud to have him heading up the NPO north of the border.”