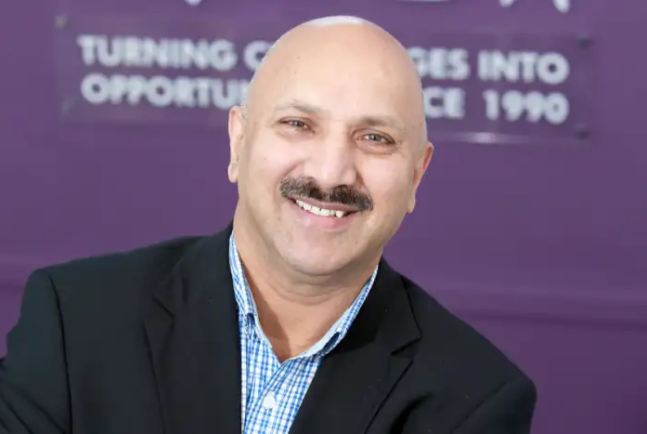 Dr Mohammed Ali: The case for quotas to tackle racism in the workplace

Dr Mohammed Ali makes the case for a new requirement for employers to ensure their workforce reflects the diversity of the local community.
28 Jan 2019

YORKSHIRE has changed dramatically since I arrived in 1969. The smoke-blackened textile mills that provided employment for so many immigrants from Pakistan, my father among them, have been converted into upmarket apartments for young professionals.

The sort of open racist bigotry shown by Alf Garnett, lead character of the sitcom Till Death Us Do Part, is now widely condemned. And thanks to the Race Relations Acts of 1968 and 1976, it is illegal to discriminate on grounds of ethnicity in the workplace. We pride ourselves that this landmark legislation paved the way towards a fairer and more inclusive society.

But just how effective has it been? A study by the Nuffield College Centre for Social Investigation at Oxford University shows that it has made little, if any, difference.

Researchers sent applications for nearly 3,200 jobs from fictitious candidates, keeping their skills, qualifications and work experience constant but changing their ethnicity. Even though they included identical CVs and covering letters, those from a minority background had to submit 60 per cent more to receive a positive response from an employer.

All of these applicants stated that they were British-born or had arrived in the country at the age of six and trained in the UK so the disparity could not have been due to concern about foreign qualifications or their fluency in English. The only possible explanation is racial discrimination and the research reveals that Pakistanis, Nigerians, Bangladeshis and people from countries with large Muslim populations in north Africa and the Middle East are particularly disadvantaged.

When the researchers added extra information about the qualities, skills and past performance of ethnic minority candidates, they still received fewer positive responses than white British applicants who did not supply these details. This suggests that employers are not frightened that a more diverse workforce will result in reduced productivity – despite the conclusion of the government-backed McGregor Smith review Race In the Workplace that unlocking the potential of BME talent would boost the economy by £24bn. They simply read no further when they see a non-Western name. It seems that racism has not disappeared: it has just gone underground.

As a young man in the late seventies, I was recommended to follow in my father’s footsteps into a manual job in the mills by my careers teacher. When I ignored this advice, I received one rejection letter after another. Yet the Nuffield College report shows that the level of discrimination faced by Pakistanis today is virtually the same as it was in the 1970s.

I was saddened, but not surprised, by these findings. Like many other charities all over the UK, QED Foundation has spent decades helping people from disadvantaged ethnic minority backgrounds to gain the skills, qualifications, experience and confidence to succeed in the job market. But we are almost unique in being one of the few organisations to also engage with employers.

We helped 800 senior managers of large public and private sector companies to draw up action plans. About one in 10 of the people attending our courses were so openly and dogmatically racist that it was unlikely their views would ever change. An equal proportion was totally committed to equality and diversity. But the vast majority simply had very little understanding that they were following unfair working practices based on false assumptions and misconceptions.

We believe our courses have made a difference, and any businesses that would benefit from our support should contact me. But our work is just a drop in the ocean when 14 per cent of the working-age population comes from an ethnic minority background.

That’s why I believe that workplace diversity training must be mandatory for all organisations with 200 or more employees. The Government should set quotas requiring their workforces to reflect the local demographics at all levels of seniority and make sure these are met by insisting on transparent monitoring.

Professional associations, chambers of commerce and trade bodies can play a part by encouraging their members to adopt more inclusive employment practices such as name-blind recruitment.

Public sector organisations can also take a lead by insisting that their suppliers make jobs, training and promotion available to all. And economic regeneration initiatives like the Northern Powerhouse must take the needs of minority communities into account, especially where they live in geographically segregated neighbourhoods. We cannot afford to stand still any longer.